It’s almost hibernation season which means everyone seems to be cosying up. I’m surrounded by loved up students ramming their tongues down each other’s throats (ew) and loved up couples wandering around Grafton Street. I suppose I should be calling it the Grafton Quarter now according to the Christmas lights. Wtf is with that, right? I presume, like me, your newsfeed has been inundated with ‘surviving single life at Christmas tips’ like it’s an affliction or ‘Top 10 December Dates’ probably suggesting ice skating at your nearest shopping centre. Christmas just seems to be the time that everyone starts discussing romance of a serious nature as opposed to a summer ‘fling’.

I’ve been single about 2 years now. I relish in my independence and I love having more time to spend with pals. I think I’ve done more and gone on more adventures. I enjoy pushing myself. I’ve done my fair share of dating too during that time which has, although not been successful, has at least been a bit of fun. I have a bunch of funny stories at the end of it all. I’m kind of tired of reading the holiday survival or successful romance articles. So, this festive season I thought I’d give you the story of my worst date ever.

‘Twas a summer day. But, because it was Ireland it was lashing out. The buachaill had organised dinner. Not something I’d usually pick for a first date. I’m more of an activity gal. It’s a great way to get a chat going! He seemed like a pretty sound and reasonable lad upon meeting. Normal. We arrived to the restaurant where he elected to tell me he knew everything on the menu; wines AND dishes. This should have been my first clue, because when somebody starts that shite, you know it’s going to be painful.

We were seated by the waitress. He had chosen a tapas restaurant. I was immediately informed that he was going to choose the dishes. Bit peculiar, but thankfully my only food aversions are fish and mushrooms. It’s not the taste of mushrooms, so much as the texture. It’s odd. The dishes he selected were saucy. Literally. Dishes that were going to smothered in sauce. Fantastic I thought, variety!

So, I asked the obvious question “Are you going to tell the waitress?” He replied with a definitive “No.” The food arrived. I spent the guts of an hour watching this man slowly recede from conversation as he became totally encapsulated closely scraping the sauce off each individual piece of food. Each morsel was given a close inspection. About 45 minutes in, he had ceased answering questions and engaging totally.

I honestly don’t think I have ever seen anything quite like it. He began muttering to himself about the sauce at some stage too. So there I was, sat in silence watching on as this apparent madman was talking to himself scraping sauce. I thought, reasonably so, I would think that this could not possibly get any stranger. I was so wrong.

I looked on in horror as he: selected a piece of chicken, scraped it for a bit, decided the sauce wasn’t coming off any time soon, took his glass of water and began WASHING the chicken. It wasn’t a dip either, there were fingers and scrubbing motions happening in that glass. As if that wasn’t quite enough, he drank the water. You read that right. The boy drank the chicken water which, incidentally, was now tainted with the sauce he despised. 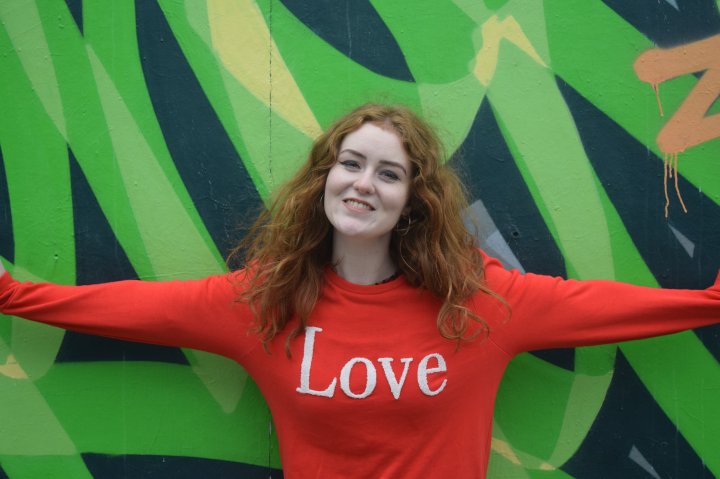 I don’t know why I stayed. Perhaps it was morbid fascination. We had hardly a conversation before it had morphed into intense scraping. It was not my finest dating hour I can assure you. I think it was one of the most bizarre things I’ve ever witnessed. So now, when you see articles titled ‘Christmas dates’ or ‘Surviving a Single Festive Season’ perhaps you’ll think to yourself my dating life may not be organised or fantastic, but at the very least it’s not chicken washing bad. Here’s to a wintery season of friends, family and saucy festive food!

Peruse my other posts here!